eXplore dance festival is an international contemporary dance festival. The festival used to take place initially in Bucharest, but also years later in Cluj.
In 2007, the festival was 3 years old and willing to grow with its visual identity. I was given carte blanche to create the logo and identity for the 2007’s edition. It had to be then declined for the poster, the festival program, a flyer and for printed banners. 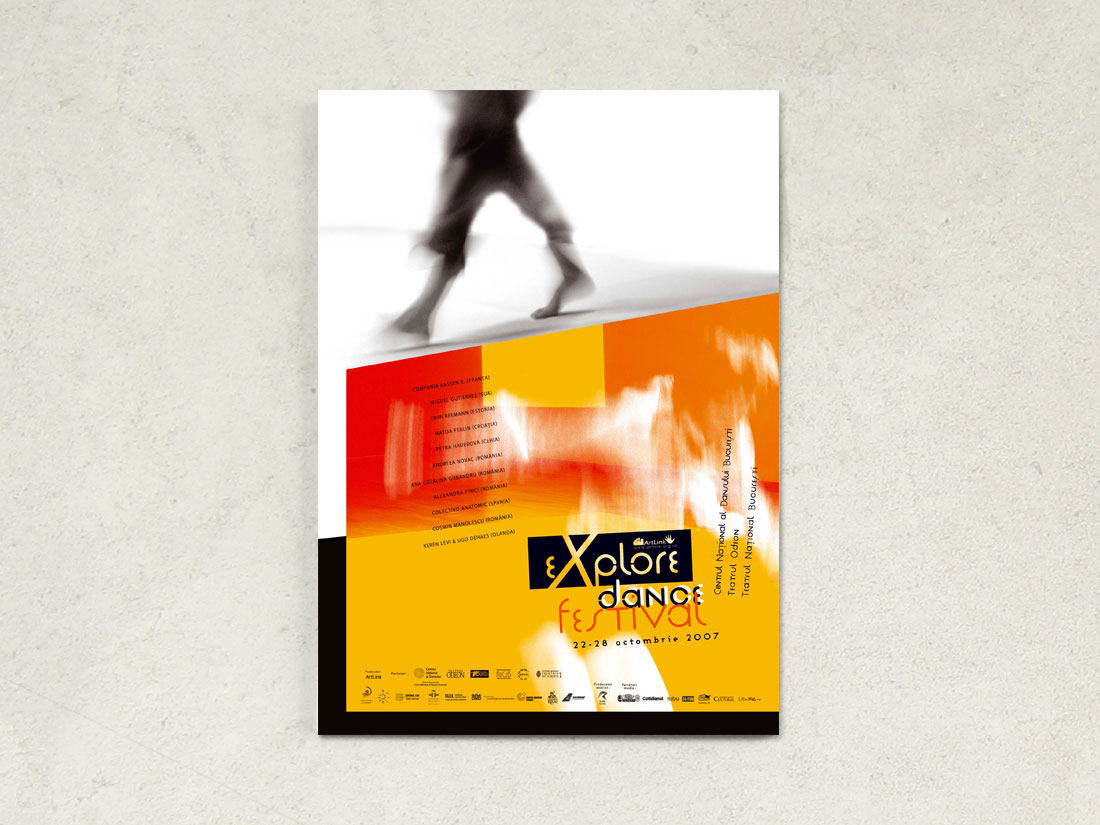 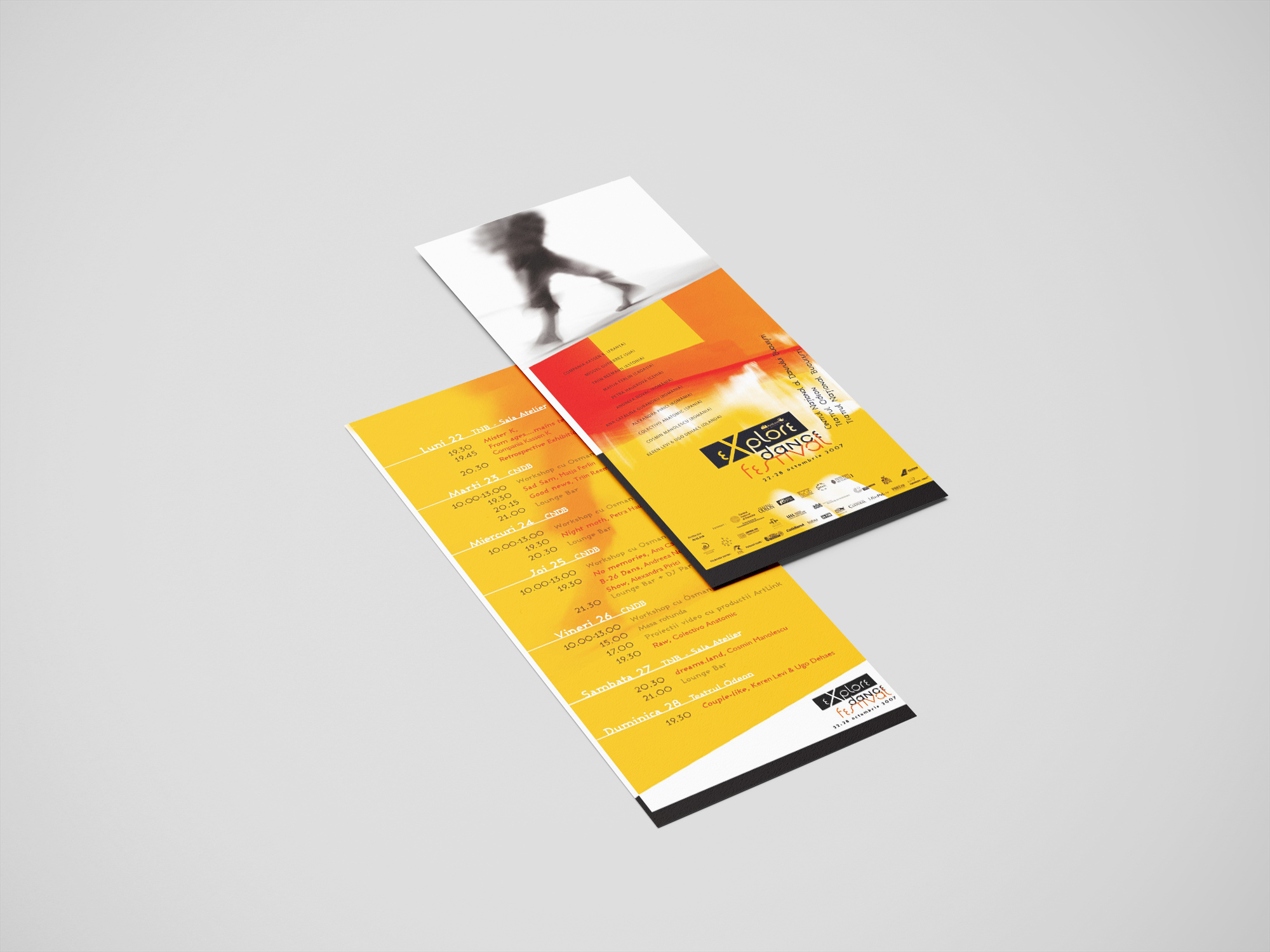